Places in the heart 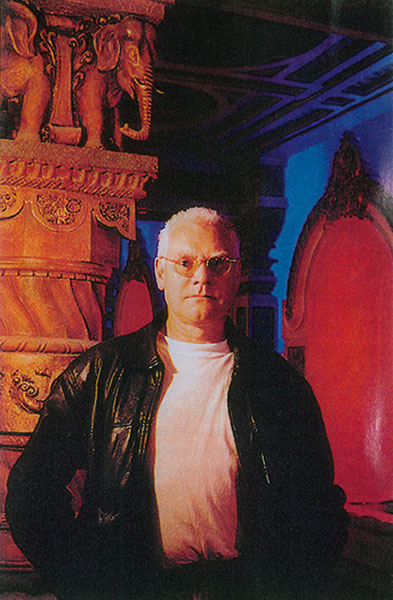 One of the great tragedies of the Twentieth Century was the demolition of His Majesty's Theatre. Urban mythology has it that the paperwork was signed on a Sunday between Christmas and New Year to ensure the Aotea Centre, that Opera House for the Diva would be financially viable. What then would such a council, heavily into flattening buildings and turning them into car parks, do with their centrally located prime real-estate charge, the decaying White Elephant of the Civic? It was anachronistic, in a world where you no longer went out for a complete evening beginning with a live entrée of gold covered naked dancers, then a film, followed by supper and dancing. Would this "acre of seats in a garden of dreams" meet the same extinct fate as The Majestic and The Regent. Such grand atmospheric Picture Palaces just don't feature in the modern rush towards Multiplexing.

The Civic was family; I was ready to chain myself in front of a bulldozer. I had after all spent my formative teenage years in the darkness of this cinema. Seeing the same film over and over got me hooked on movies and movie making. There was time to notice all the details. When I first started working there as an ice-cream boy, the formidable Eric was head doorman. A school friend and fellow icecreamer Ross Skiffington and I used to sneak in early with the sweet counter staff and then we'd explore the magic hidden depths and forgotten rooms by torchlight. One of the most foolhardy pursuits was crawling through the air-conditioning ducts. The Famous Flamingo curtain was still there. Presentation was an art. Herbie, the projectionist, used to let us flick over the slider when he changed reels. A session back then began with GOD SAVE THE QUEEN, Movietone News, shorts and trailers and then Interval. Long films were unceremoniously interrupted. I had to negotiate my way in the dark with my tray of 112 ice creams, a cash float, remembering my 8 pence times table and safely position myself at the front aisle as the house lights came up. In the circle the steps went in a treacherous two narrow, one wide sequence. School holidays were very lucrative because you got paid a penny for each cone sold. On full houses with SWISS FAMILY ROBINSON, the queues would meet around the block. We'd open the Wintergarden Cabaret and seat people on the old cane supper chairs. With an audience of around 3,500, there was a great feeling of satisfaction and teamwork when the HOUSE FULL sign went out. Saturday nights were wonderful to work because as the neon sky brightened, Ron Boyce arose triumphantly at the console of the Mighty Wurlitzer. Us boys had a room downstairs which was our base. There we pooled our money to buy batteries for a portable record player on which we listened to ex-juke box 45s with their centres missing. There was a Queen St subculture among Ice-cream boys. You could get into other cinemas cheaply. I progressed onto working the sweet counters and then legitimately had to arrive early to roll the ice creams. When all the variables are right i.e. a hot scoop, a crisp cone and the perfect softness of ice cream, the process of rolling was pure poetry. It became effortless liquid choreography and I got very fast. The skill, with all the factors on your side, was to roll them as shells with an air space inside.

The fading multicoloured beauty of the Civic was covered in uniform beige paint when it was twinned in the seventies, with the architectural blunder of the Wintergarden Cinema. From then on the main screen image was much reduced in size, by the brown carpeted bump and the perfect acoustics from the sprung timber dance floor were ruined, adding to the "Pull it down" argument. Much to the city council's horror, the building was declared an Historic Place. The rest is recent history, but the solution has been inspired. I have been lucky enough to closely follow my beloved building's transformation from cinema into lyric theatre complete with an added fly-tower. The new concept has returned to the original "complete night out" of 1928 but with realistic 2000 expectations. The well-researched restorations are extraordinarily beautiful. Within the strict Heritage guidelines, stand-alone sound-proofed bars and cabaret areas have been created so that many activities can co-exist simultaneously. The building is practical and workable which will assure its future. A gigantic flown screen and State of the Art digital sound system mean the building can instantly relive in Picture Palace mode for Festivals and Premieres.

While I didn't actually lose my virginity in the Civic, I certainly lost my innocence. But Paradise can be regained once more under the artificial twinkling Southern Hemisphere night sky.